Scout While You Hunt For October Success October is upon us and more and more whitetail hunters will be making their first treks out every week. There’s no doubt it's time to be in the deer woods, but if you are a hunter that loves consistency and laid back hunting, this might not be the best time for you to make your efforts. In my opinion, there is more variety in October than in any other month of the season in terms of weather, deer behavior, and hunting pressure. This makes harvesting a buck quite a difficult task. So, how do we combat the constantly shifting October patterns? Simple, with constant and diligent scouting.

Why is In-Season Scouting So Important and Who Does it Benefit the Most?

Pre-season and post-season scouting is incredibly beneficial and often put you in the right area, but they can’t reveal to you when a specific rub line opens up or when a particular mast source is being scarfed down like Thanksgiving dinner. Between defoliating crops, mast production, temperature fluctuations, and an increasing weekend hunting pressure, you will need to monitor in real-time to increase your hunting success. Being in the moment and knowing what the deer are doing right now is the great equalizer to having a fruitless October.

Who benefits the most from in-season scouting? Everyone obviously, but I would argue that maybe the public land or small property hunter would benefit the most, someone who doesn't have the resources to create and control a deer herd’s environment. This type of hunter is more at the mercy of mother nature and the deer themselves. This is where in-season scouting is the most crucial.

Hopefully, you know that your hunting area is good, whether this is from preseason scouting, postseason scouting, or a consistent hunting history. While deer are habitual creatures, they can vary slightly from year to year. No two deer are the same either, and new bucks in your hunting area will act differently compared to others. All the more reason to dive in and scout.

One of my favorite times to scout is while I’m hunting. I like to be very observant on my way in and out of my hunting areas. I make bigger loops and take my time, letting the woods show me what the deer are doing. The smallest of observations can lead to big pieces in the hunting puzzle. So instead of just waltzing to your stand, I encourage you to make a little big bigger, slower path and pay attention to a few things: 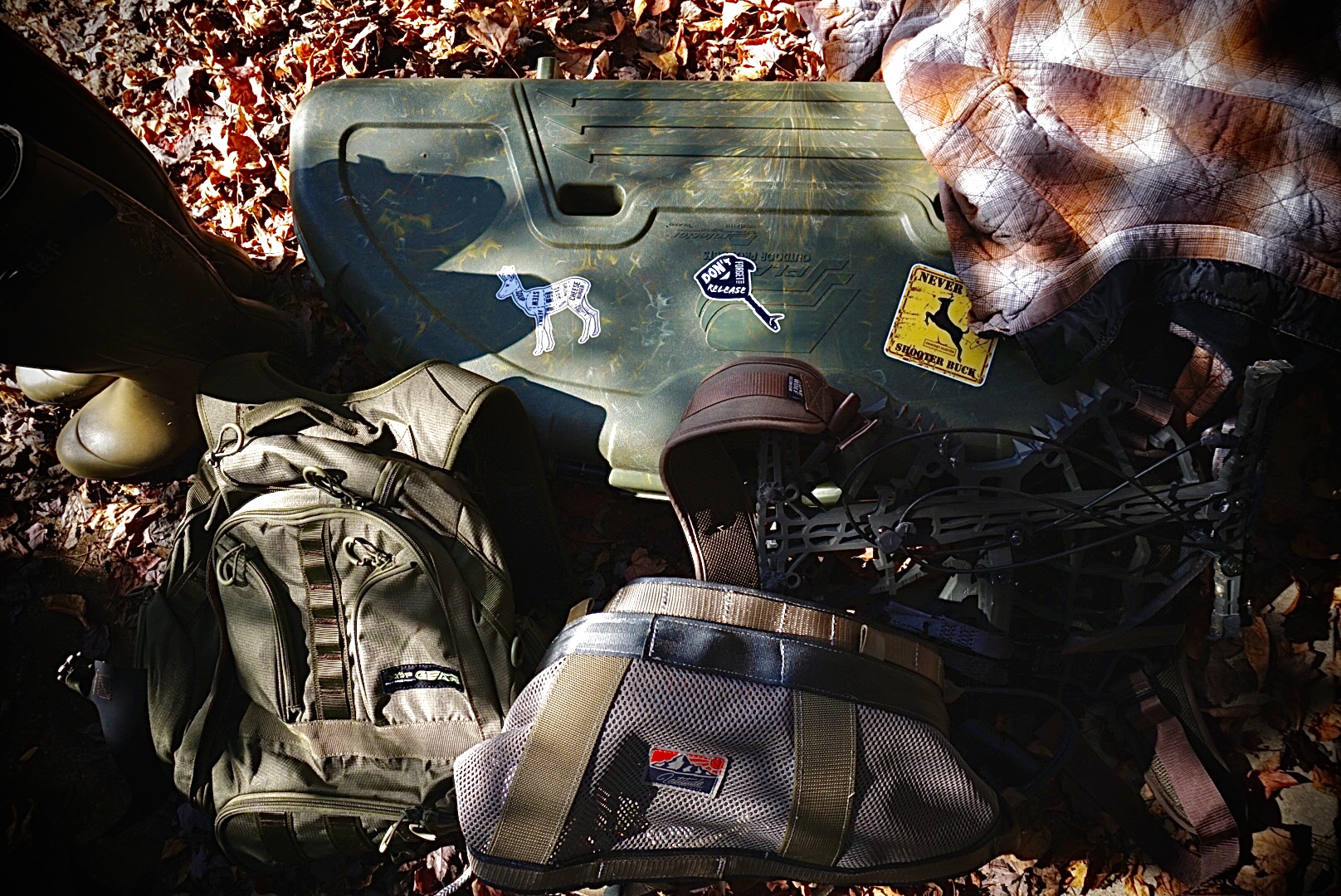 Fresh Feed Sign:  Finding fresh feed sign in early and mid-October is a vital find and often leads to some dynamite spots. Really spend some time looking at the ground and figure out what the deer are eating. Maybe it's fresh hard masts like acorns. Maybe they are keying on soft masts like persimmons or wild apples. Maybe there is no mast and they are still eating green browse. You know the deer are eating something so find it and hunt it.

Buck Sign: When I find the first fresh scrape line in October I might as well have just struck gold. At the very least, fresh pre-rut buck sign, like clusters of rubs or scrape lines, let me know that a buck is in the area. If you can find a scrape that still smells like a buck, it’s worth spending some time in that area. Hunting this sign is time-sensitive so make sure the sign is fresh and stay on the lookout for the freshest pieces of the puzzle.

Tracks and Other Travel Sign: Tracks and other travel sign should never be overlooked. Following fresh tracks can often reveal a food source or a bedding area. Oftentimes you will notice that tracks follow the path of least resistance and can also reveal different funnels, useful terrain features, and not so obvious travel corridors. Never ignore travel sign, even if it is just one or two tracks.

Signs of Other Hunters: Mature deer are rarely traveling or using areas that are full of hunters. They know where they are pressured. When you're hunting or scouting, always take into account the apparent hunting pressure in the area. The most obvious clue is deer stands and blinds but also look for the sign of past hunters like Pepsi cans and empty bottles of deer urine. They might not be hunting in there that day but the effects of their previous hunts might still haunt the area. 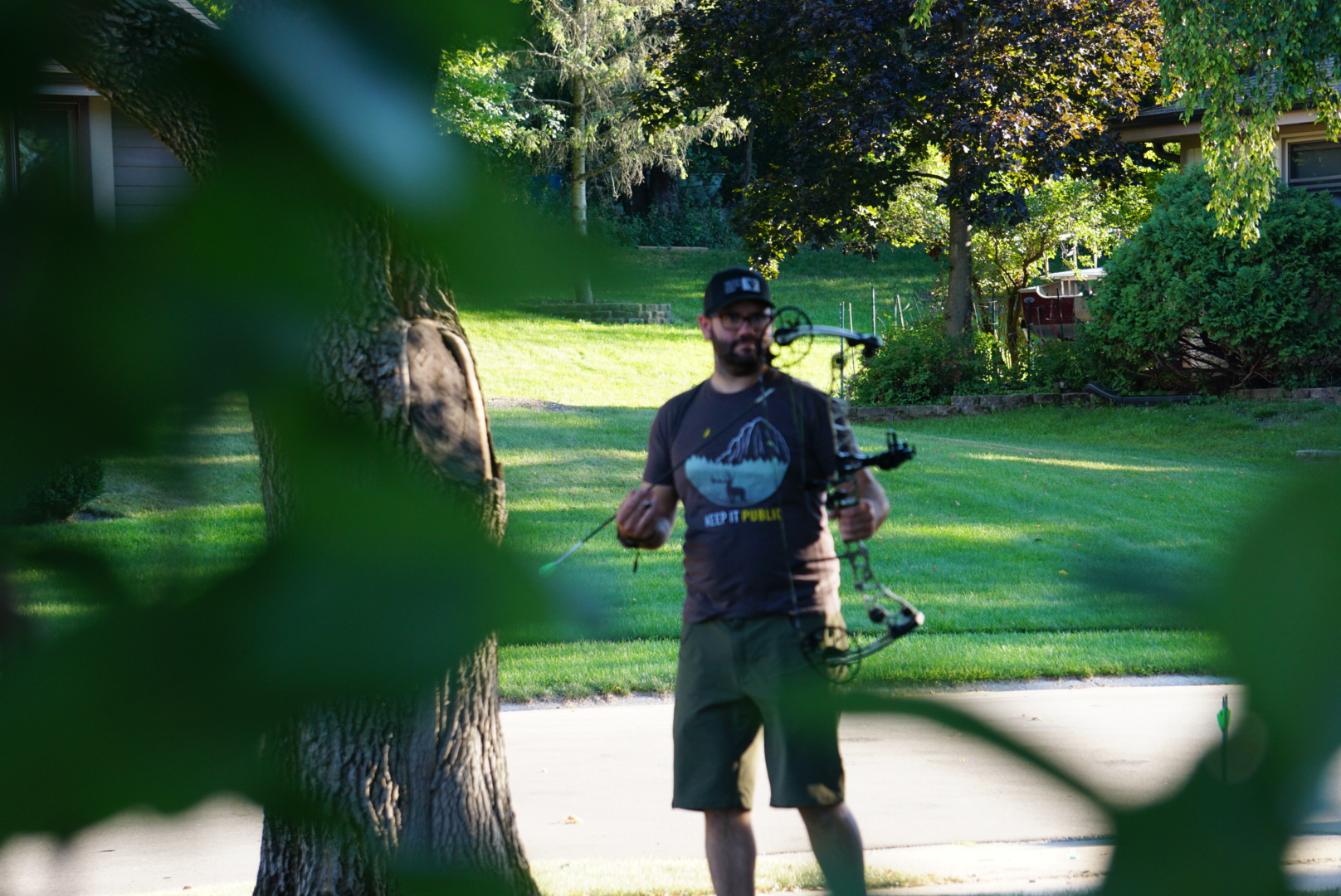 You should scout more than you hunt. A hunt should be the culmination of all your findings and the capitalization of your puzzle solving skills. Will you be right all the time? Not at all. But being ever vigilant and staying on top of the ever changing October woods will increase your odds.

Scouting while you hunt is a great way to increase your scouting time. Pay attention to what is going on in the woods around you. Slow down and take your time because there are a lot of things that could give you clues. I’ve abandoned pre-set spots to hunt a hot feeding area. I have stopped short on my way to a stand because I came across three scrapes that were as fresh as the morning air and found success.

Scout harder, keep an open mind, stay vigilant, and hunt smarter. That should be your plan this October.