To win a trophy as a kid (in my day) was a big deal. Nowadays it seems like they pass them out to just about everybody. And although every walleye you pull out of Lake Erie might be a trophy to you, there are definite winners and losers when it comes to overall fish size.

Let’s start with discussing a legal catch. Walleye in Lake Erie must be a minimum of 15” long, and the daily limit per person is 6 fish. In order to land yourself a “Fish Ohio” trophy pin, you will need to pull out a whopping 28” long walleye. The largest walleye taken in Ohio on Lake Erie was just over 16 lbs and 33” in length. This lake monster was taken in 1999. 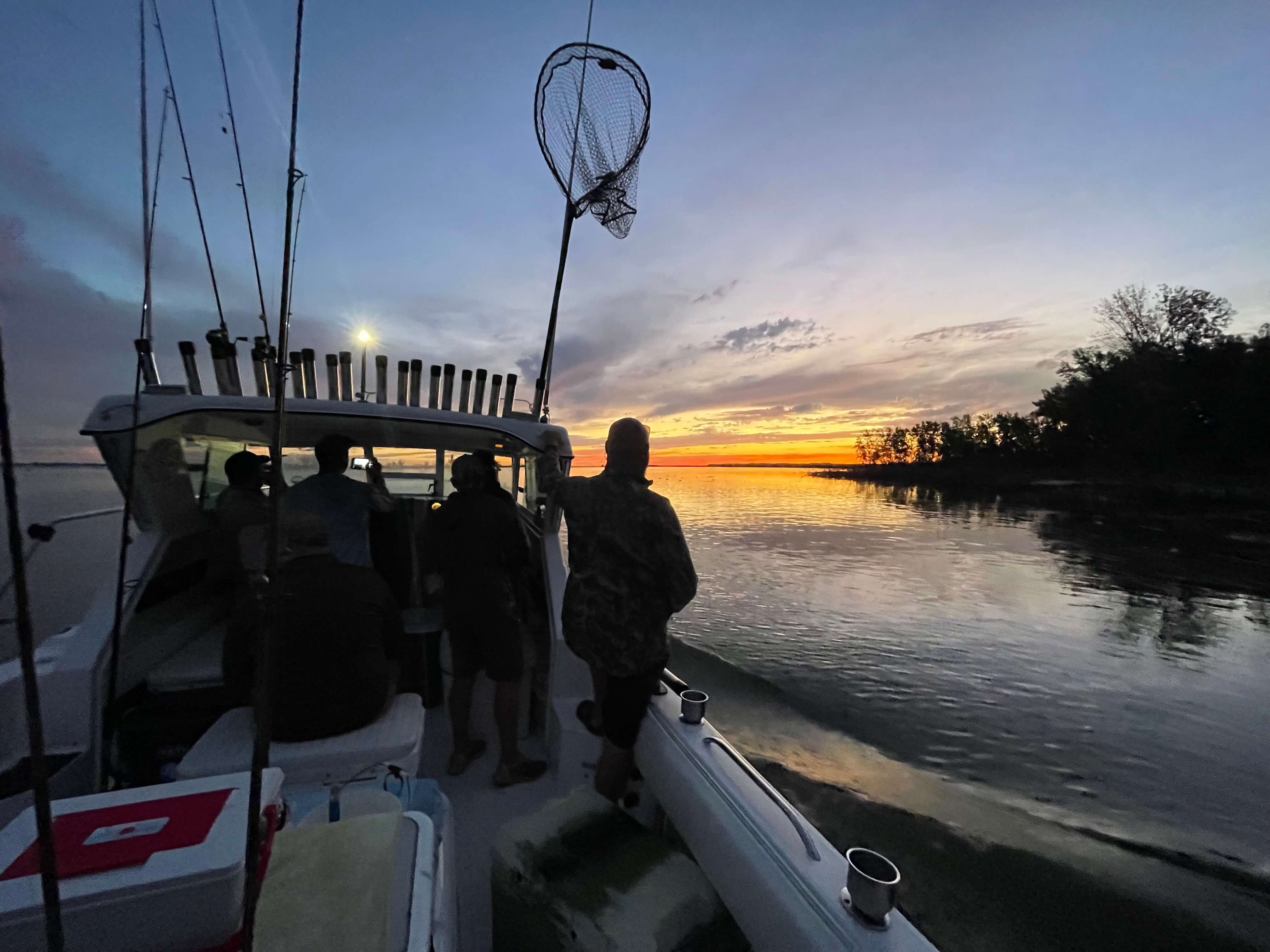 To discuss the best practices of catching a trophy walleye, we need to consider a few things. I will first preface this, like I do in most of my articles, and let you know that I am not a professional angler by any means. Most of my knowledge has come via conversations with charter captains and my occasional fishing excursions. That said, a few things to consider when going after trophy walleye on Lake Erie are your location, time of the year, and methods.

Starting in the spring, when the walleye are running up the river mouths to spawn, casting out a jig or swimbait while wading in the rivers and streams can be very beneficial. This is often a sight to be seen in Ohio as the rivers fill up with lines of anglers looking for that big bite. This time of the year the walleye are spawning, and the influx of fish can be in the hundreds of thousands.

As the season moves on the walleye start to move to deeper waters. Early to midsummer using crawler harnesses can be very productive. That said, a lot of the larger fish will start the summer in shallow water living in the rocks. You may not catch as many fish, but the ones you do catch will be memorable.

As the summer moves on you will find them schooled up with a lot of smaller fish. The smaller fish will tend to be more active and aggressive during the summer, but if you are lucky, the big ones may grab ahold of your line. On a recent trip with Captain Cole of Lakeland Charter service, the two largest fish were pulled right off the bottom of the lake. These 27” and 28” brutes were the biggest of the productive day, but they also were much less aggressive than the little guys.

Moving into the shallow waters in the fall can help to find the big walleye once again. Finding shallow reefs and weed beds, anywhere from about 3-10 feet in depth, is where they will spend most of their days. During the day crankbaits and jigs can be some of your best set ups, while trolling during the night tends to lead to some success.

The winter, for the real hardy anglers, can also be a great time to catch some trophy walleye, ice fishing on Lake Erie. Tipping a jig with a minnow can be one way of hooking onto a nice sized fish.

Does all of this sound overwhelming? Yeah, I get it, because it’s overwhelming to me too! That said, there is no better time than now to get in touch with a charter service on Lake Erie. Refer back to my article titled, “How to choose a Lake Erie Walleye Fishing Guide & Why to Fish Lake Erie” on GoWild. The population of walleye in Lake Erie is at a historic high, and will be phenomenal for the foreseeable future. Taking advantage of an expert guide, will help you land a trophy, big or small!